Our goal is to provide you with the most updated and accurate information to make your search for a catamaran the most enjoyable experience possible. 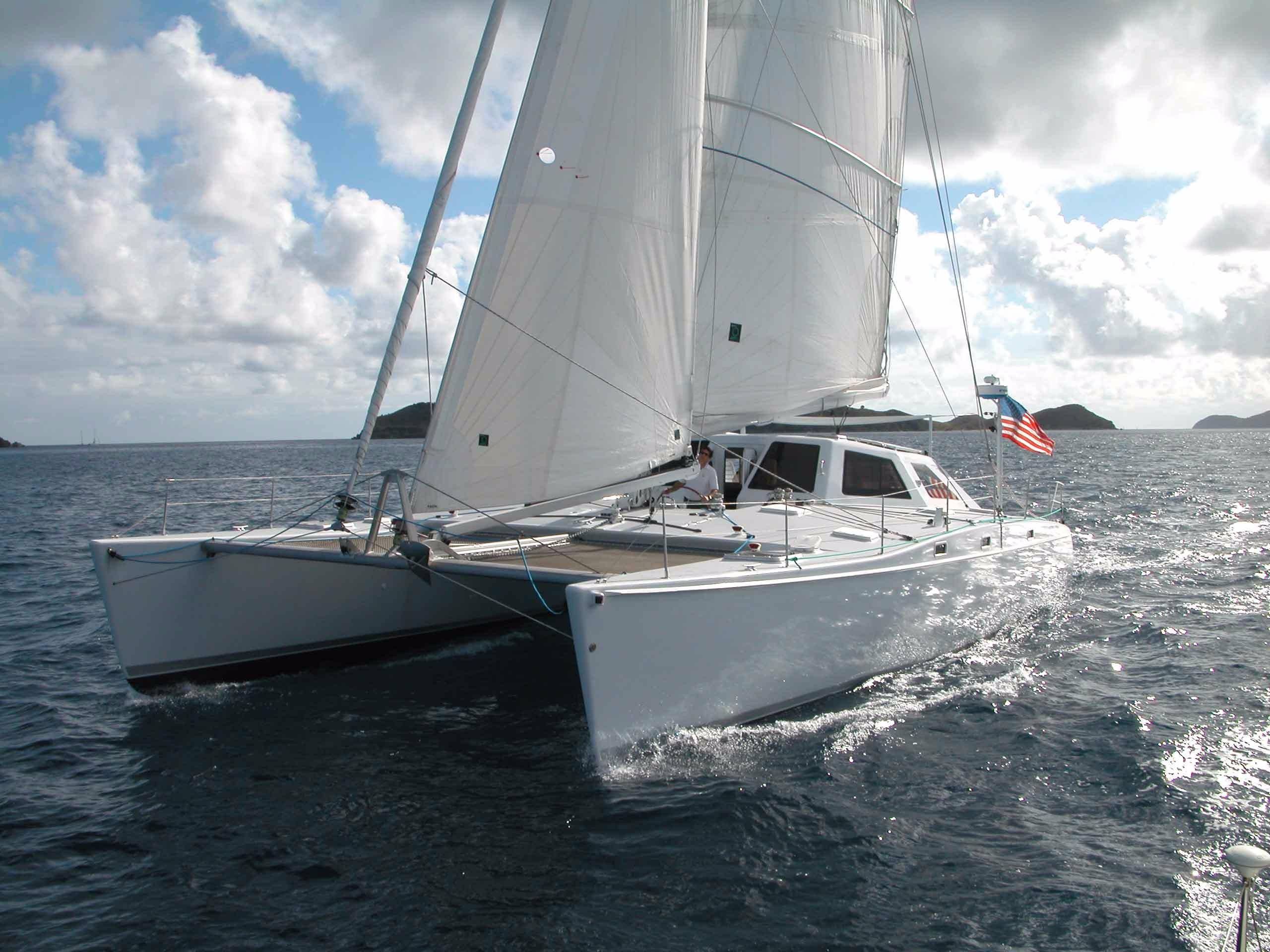 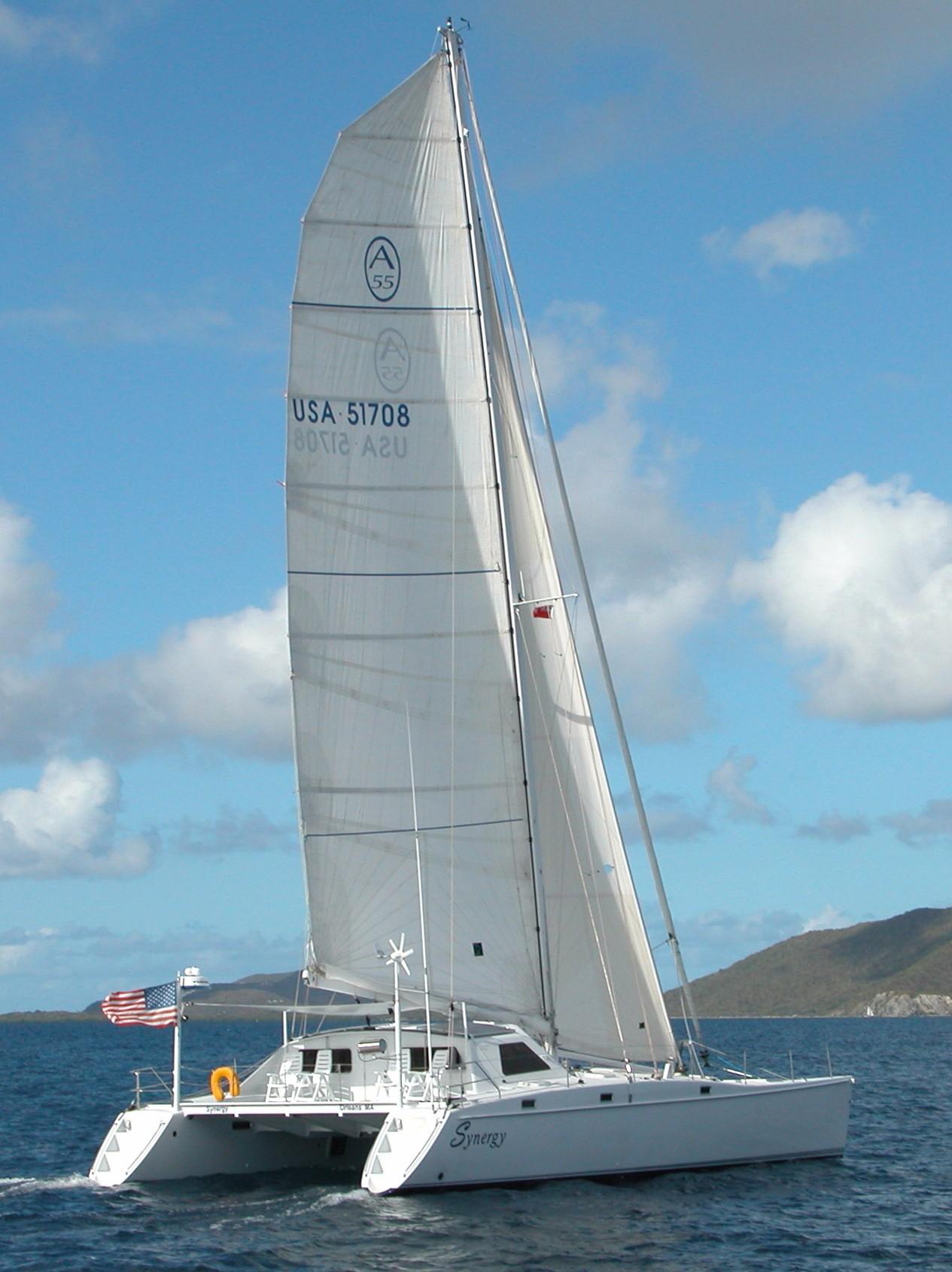 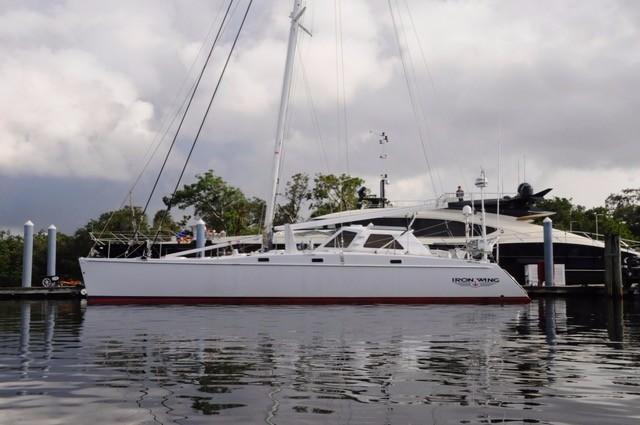 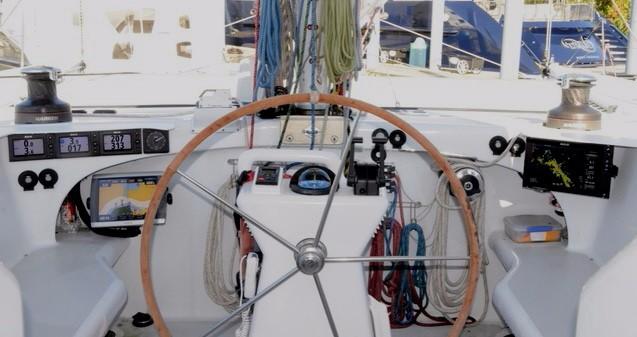 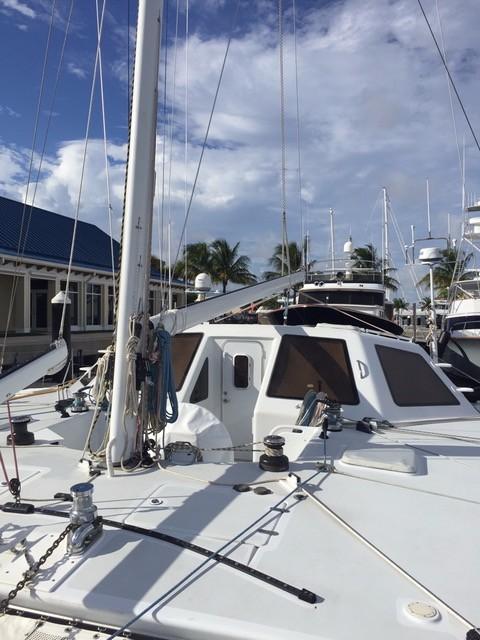 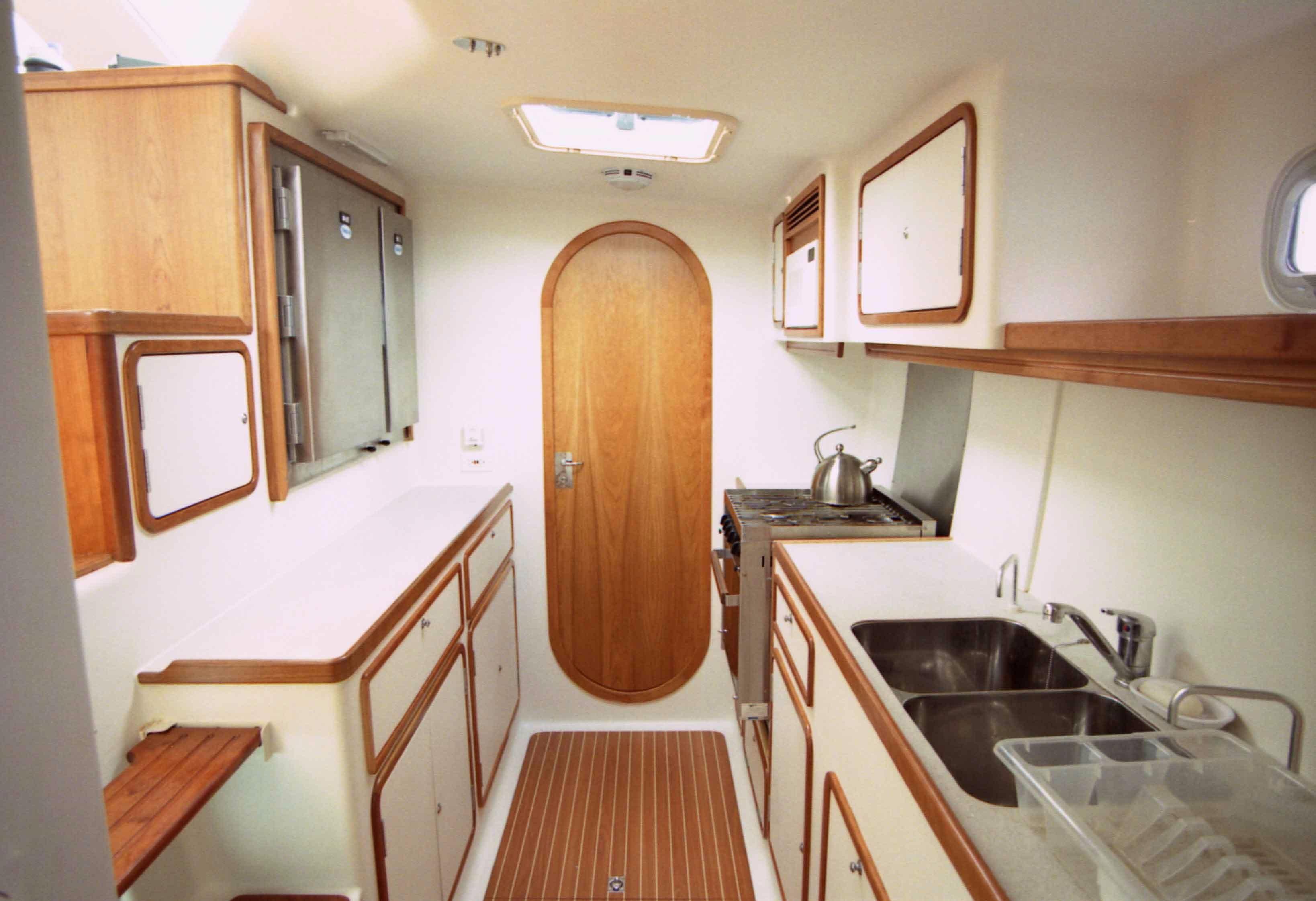 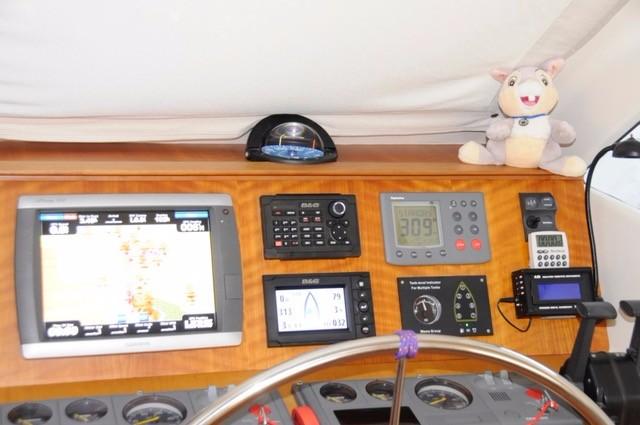 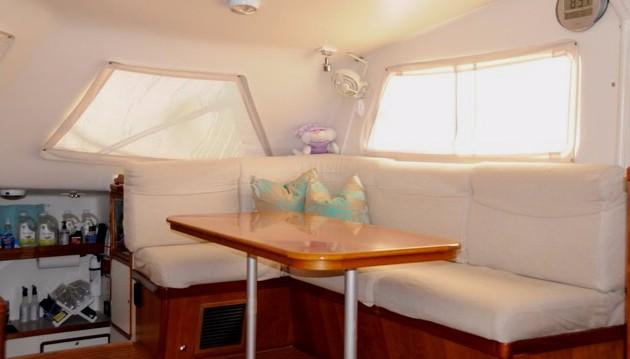 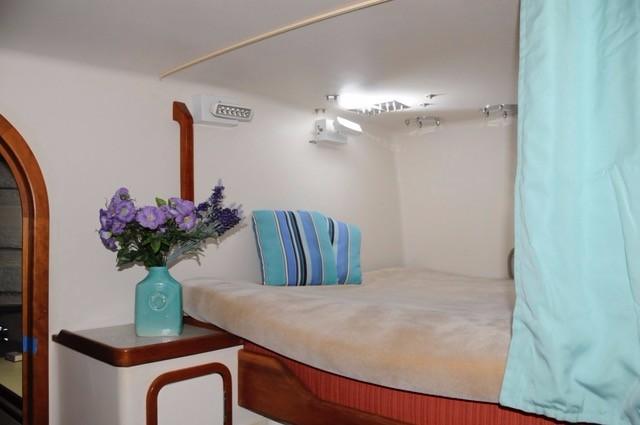 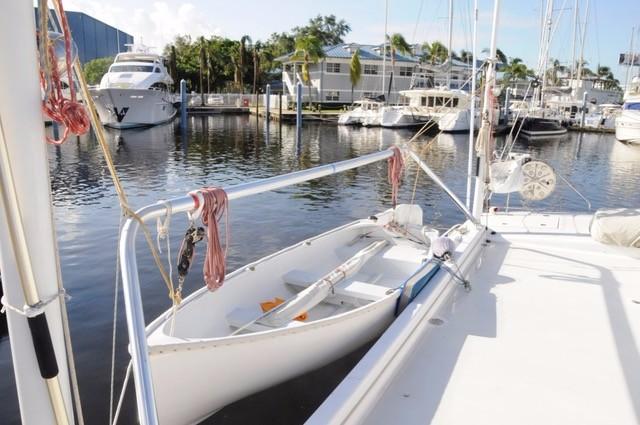 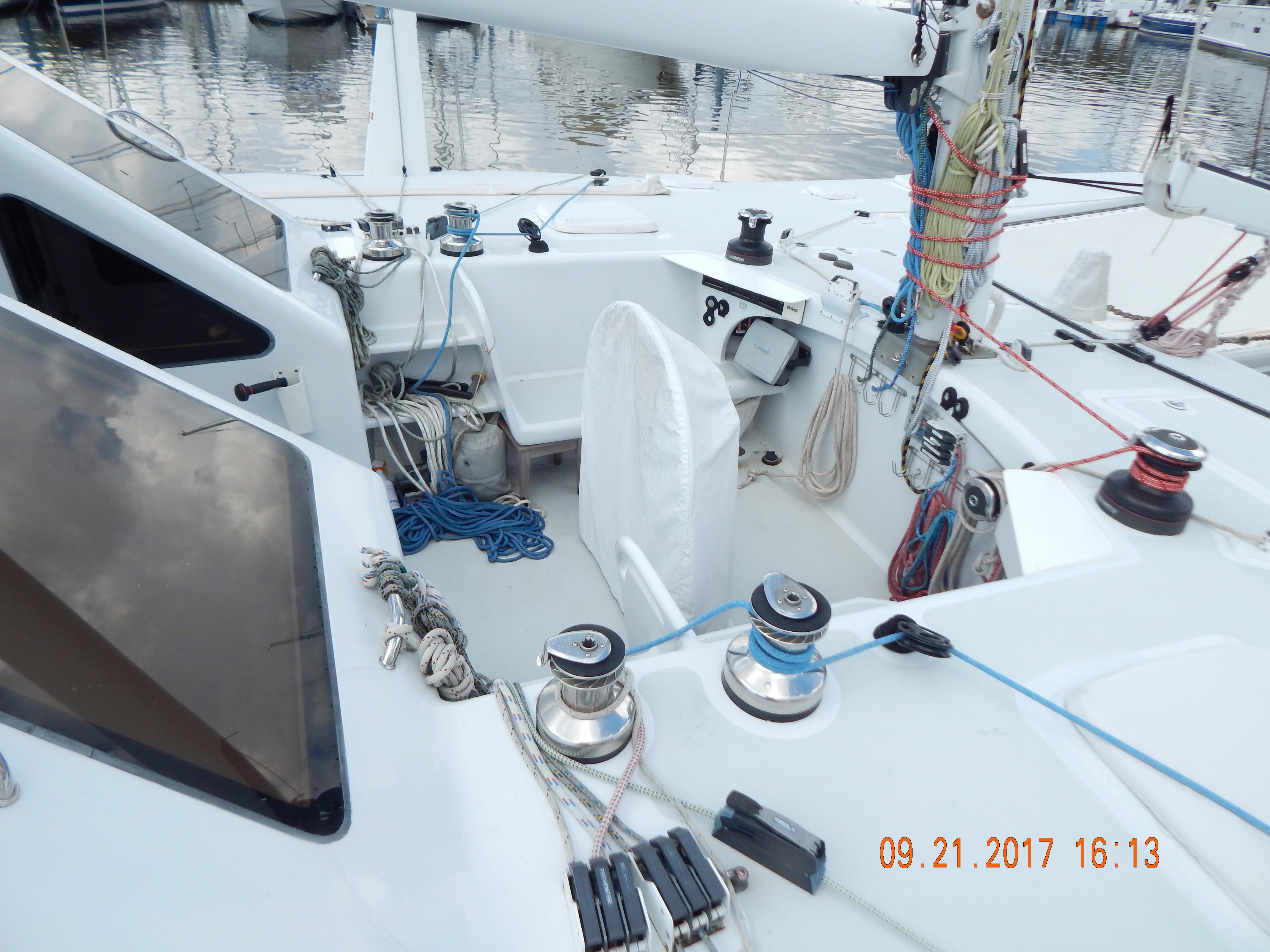 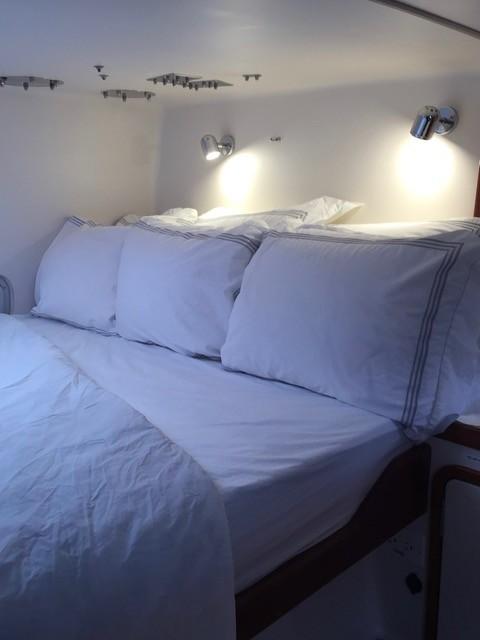 Inquire for more information about this boat

Neither race boat nor charter barge, the A55 design is 100% focused on providing for the needs of cruising sailors. Combining a superior blend of ease of handling, excellent windward ability and full crew protection in the unique pilothouse layout there is not another catamaran design built anywhere in the world that offers a better blend of features.

The powerful sailplan with self tacking jib allow tacking upwind with only a push of the autopilot button. Consistently able to make good 95 degrees between tacks (over the bottom) with excellent speed there is no production cruising catamaran that will outsail an Atlantic Catamaran. And most often the differences are enormous.

All sail handling functions are performed from the midship cockpit, a unique feature developed in the Atlantic Catamarans for the last 30 years (although there have been some recent imitators).  Anchoring, sail hoisting, reefing and tacking all happens within easy reach of the wheel and with complete forward visibility. A true singlehanders boat!

Where the majority of cruising cats pound their underwings when sailing in the open ocean the generous clearance of the wing deck and slender hull forebody of the Atlantic 55 makes pounding practically non-existent.

There is no need to leave the security of the well protected center cockpit for any sail handling operation. Completely unsinkable due to the use of thicker than normal foam cores, double collision bulkheads forward in each hull. Hull, rudder and prop protection from integral hull fins, robust hull construction using Core-Cell foam and durable epoxy/glass laminates and super strong carbon fiber crossbeams. But perhaps the greatest safety feature of all is that YOU CAN SEE WHERE YOU ARE GOING! From the cockpit or from within the pilothouse the watch keeper has extraordinary visibility. Collision is still the greatest hazard so how can anyone justify a cruising design with limited forward visibility?

Iron Wing, (formerly Synergy) was built in Cape Town by Bongers Marine, the first of 13 Atlantic Cats built by this yard. She sailed from Cape Town to the Caribbean and then on to the east coast US. She has cruised extensively from Maine to Guatemala.

Recent additions have been made to provide a cool interior for living aboard in hot places. In addition to a full set of spectacular North 3DL sails.

IRON WING is a powerful ocean going performance cruising catamaran. Designed not only to be an efficient sailing vessel, it has practical and well thought out systems. Long-term liveaboard comfort combined with sailing performance were primary goals.

The current owner has spent the last three years outfitting her for a trip through the Panama Canal to the South Pacific, and then on to Australia and New Zealand. However, family responsibilities have led to the sale of this well-appointed turn-key cruising vessel.

The information provided in this statement is given in good faith. Seller is not responsible for typos, errors or omissions. Please schedule an appointment to view this absolutely beautiful catamaran and all of its features for yourself. IRON WING is a must see one of a kind catamaran.

This listing is courtesy of the BoatWizard MLS and may be centrally listed with another broker. It is offered as a convenience by this broker/dealer to its clients and is not intended to convey representation of a particular vessel.